Hmmm, now this one is tough. I have slept in a large bed with a large dog and didn’t ever feel like it caused poor sleep or interfered with my rest in any way. Now I have slept in a smaller bed with a different dog equal in size and I couldn’t even get a solid hour of sleep. This was directly due to the dog I was sleeping with at the time. My fur baby Cocoa, rest in peace, was the easiest dog to sleep next to and unless she was dreaming never disturbed me at all. She even stayed right where she fell asleep. The other dog was a younger pup and stays glued to your leg all night long, stealing your spot if you have to get up in the middle of the night for any reason.

So it is clear to see that this really depends on the dog… right? What is your opinion on this? 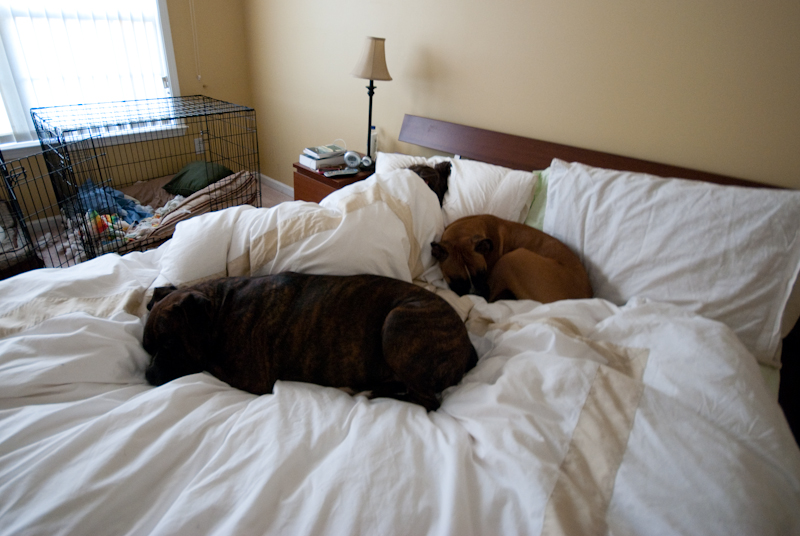 Check out the details from the study that was conducted on this below:

In an interview with Medscape Medical News, Sowjanya Duthuluru, MD, lead author of the study from the University of Kansas Medical Center in Kansas City, told how sleeping with a pet could affect a person’s sleep quality.

The researchers measured the sleep quality of those who sleep at least four nights a week with their pets. Based on the data of Pittsburgh Sleep Quality Index, these participants have low sleep quality.