Here is a precious little story about a German Shepherd named Charlie that took two bullets to save the life of her family members. Check out her story below: 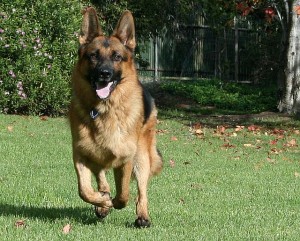 When Charlie and two other dogs faced down intruders in their Los Angeles home, four bullets were fired, striking Charlie in two legs.

Charlie’s family didn’t have the resources to pay for the medical care she needed and were forced to surrender her to the police, who took her to North Central Shelter, a high-intake facility run by the Los Angeles Animal Services.

“If Charlie had not taken the bullet, it would have hit one of my children,” one of her owners said. And yet, for all their love and gratitude, there was no way that the family could afford to care for her. The surgery would cost more than $3,000.

The beauty of this story is that after she was handed over to the police, crowd funding amongst strangers is what saved this heroic dogs life. I am sure her family is more than happy to have her back in their lives to protect them.