Yes you heard that right, this service dog Taxi Benke got her own picture in her owners 8th grade year book. Taxi was originally supposed to be a guide dog but couldn’t get over her dislike of cats, which just would not work out. They were also initially concerned because Rachel had a slight fear of animals. So she became a service and therapy dog for Rachel Benke who has had several brain surgeries since birth. When they brought Taxi home they saw and immediate improvement in Rachel and has been by her side ever since.

I love the part that talks about how she knew Rachel was having a seizure and made sure to get to her. Do you think animals can tell when humans are experiencing a medical problem or do they just pick up and sense fear? 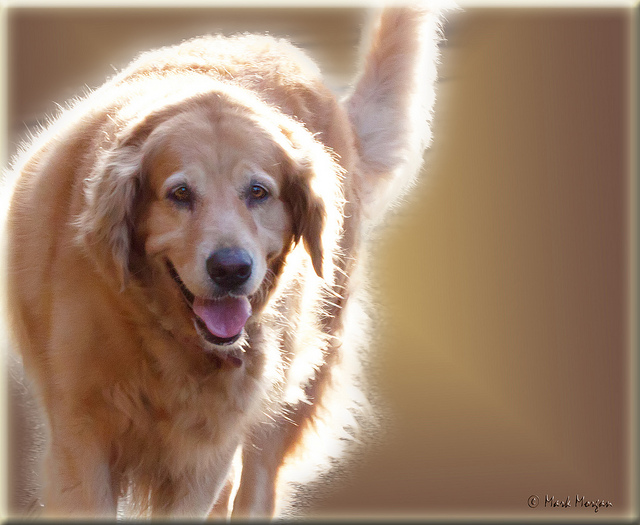 Check out their amazing story of friendship and loyalty below:

They had their first meeting.

“Next thing you know Rachel just hugged him and it was the cutest thing you’ve ever seen and I literally started crying and said there’s my sign. They’ve been a team ever since,” said Theresa.

Now, Taxi and Rachel go everywhere together.  The soon-to-be 8th grader and her best friend have accepted awards at school together, they celebrate birthdays together, and have even “raced together” one day when Taxi decided he should help Rachel out on the school’s track.

“Her aide was holding Taxi on the side and he just started pulling away from the aide as hard as he could trying to get to Rachel,” said her mom.

Rachel  ended up having a grand mal seizure, and Taxi absolutely refused to leave her side.

“I don’t know how Taxi knew but he wouldn’t let anyone near her until the paramedics arrived,” said Theresa.

This not only cemented Taxi’s place in the hearts of all of Rachel’s fellow students, but also gained a feature spot, right next to Rachel, in this year’s school yearbook.

“Last year I joked about it when their yearbooks came out and I said ‘hey, where’s Taxi’s picture?’” said Theresa.

This year neither his presence, nor his dashing school picture, will be missing from its rightful place next to Rachel.