Every year before the actual Westminster Kennel Club dog show there is a meet and greet the eve prior. This is when everyone gets all settled and might get a peek at the competition. There are about 350 to 400 dogs listed as existing breeds which have only been around for the last few hundred years. This is due to people creating mixed breeds or hybrids to specialize in things like hunting or retrieving. 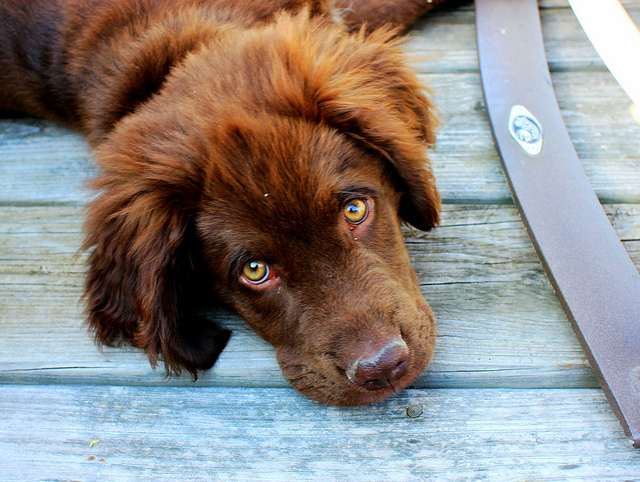 What do you think about building dogs, humans and messing with our genes and DNA to begin with?

The breeders gave no thought, of course, to the fact that while coaxing such weird new dogs into existence, they were also tinkering with the genes that determine canine anatomy in the first place­. Scientists since have assumed that underneath the morphological diversity of dogs lay an equivalent amount of genetic diversity. A recent explosion in canine genomic research, however, has led to a surprising, and opposite, conclusion: The vast mosaic of dog shapes, colors, and sizes is decided largely by changes in a mere handful of gene regions. The difference between the dachshund’s diminutive body and the Rottweiler’s massive one hangs on the sequence of a single gene. The disparity between the dachshund’s stumpy legs—known officially as disproportionate dwarfism, or chondrodysplasia—and a greyhound’s sleek ones is determined by another one.

The same holds true across every breed and almost every physical trait. In a project called CanMap, a collaboration among Cornell University, UCLA, and the National Institutes of Health, researchers gathered DNA from more than 900 dogs representing 80 breeds, as well as from wild canids such as gray wolves and coyotes. They found that body size, hair length, fur type, nose shape, ear positioning, coat color, and the other traits that together define a breed’s appearance are controlled by somewhere in the neighborhood of 50 genetic switches. The difference between floppy and erect ears is determined by a single gene region in canine chromosome 10, or CFA10. The wrinkled skin of a Chinese shar-pei traces to another region, called HAS2. The patch of ridged fur on Rhodesian ridgebacks? That’s from a change in CFA18. Flip a few switches, and your dachshund becomes a Doberman, at least in appearance. Flip again, and your Doberman is a Dalmatian.

“The story that is emerging,” says Robert Wayne, a biologist at UCLA, “is that the diversity in domestic dogs derives from a small genetic tool kit.”

This revelation has implications the scientists are just beginning to unravel—most important, for the understanding of genetic disorders in humans. Already, more than a hundred dog diseases have been mapped to mutations in particular genes, many of them with human counterparts. Those diseases may have a whole array of mutations leading to a risk of disease in dogs, as they do in us. But because dogs have been genetically segregated into breeds developed from just a few original individuals, each breed has a much smaller set of errant genes—often only one or two—underlying the disease. For instance, Cornell researchers studying the degenerative eye disease retinitis pigmentosa—shared by humans and dogs—found 20 different canine genes causing the disorder. But a different gene was the culprit in schnauzers than in poodles, giving researchers some specific leads for where to start looking in humans. Meanwhile a recent study of a rare type of epilepsy in dachshunds found what appears to be a unique genetic signature, which could shed new light on the disorder in us as well.

In short, while the Victorian breeders were crafting dogs to suit their tastes, they were also creating genetically isolated populations, little knowing how useful they might be to scientists in the future. The possibilities are especially abundant for cancer, certain types of which can show up as often as 60 percent of the time in some dog breeds but only once in every 10,000 humans.