When deciding to add a new pet to a family environment, it is always good to do a little research, especially when it comes to dogs. With different breeds varying as much as humans do, it is easy to see that each breed is better suited for specific homes. 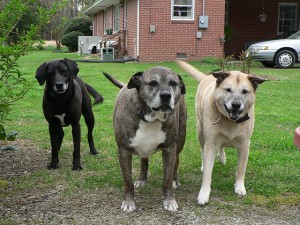 Below are 9 descriptions of the most popular breeds:

Akita Rescue Dogs – Akitas originate from Japan and the breed served a variety of purposes at different levels. As the peasant’s dog he was a hunter. As the sporting partner of royalty, he is said to have hunted with falcons. They are reported to have also been used to hunt deer, wild boar and black bear. In addition they are also reputed to have been a good water retriever though many cannot bear to walk through a puddle nowadays.

Doberman Rescue Dogs – The origins of the Dobermann can be traced back to the mid 19th century when a man called Louis Dobermann; a tax collector and dog pound keeper, decided to create his own breed. He realised he was in need of an assistant tough enough to protect him from bandits, convincing enough to make reluctant tax payers part with their money aswell as loyal enough to be a companion.

Border Collie – You are taking home an intelligent dog that can adapt very quickly to new surroundings, and with gentle guidance one that can soon become a loving and loyal family companion. This booklet is a brief guide designed to give you some basic advice to help you and your new dog live a happy life together. At the end of the booklet you will find a list of recommended books for further reading.

German Shepherd Dog – German Shepherds were bred in Germany in the nineteenth century as herding dogs. Since then their versatility and adaptability has enabled them to become popular in all corners of the world and fulfil many roles in society. They are used by the police and army as guard and sniffer dogs, by blind people as guide dogs, by farmers as sheep dogs; and of course as a companion animal. The German Shepherd Dog is without doubt a devoted, affectionate and loyal member of the family.

Greyhound – The Greyhound is one of the oldest dog breeds. By sharing your home with a Greyhound you are carrying on a tradition which was popular with the pharaohs of ancient Egypt, medieval Kings and Queens and more and more of today’s dog lovers. Unlike most breeds, Greyhounds have hardly changed over the centuries. This is because they have been bred solely for speed and to chase rather than for any cosmetic reasons. The word ‘grey’ does not refer to their colour but is an old Saxon word for a running dog.

Lurcher – Lurchers are usually fairly sensitive by nature and their relationship with their owners is strong but can be easily shattered with harsh or impatient treatment. They seem to thrive on close, loving relationships and the quickest way to a Lurcher’s heart is often through the use of attention and food. Gentle but consistent training, where it appears you are persuading the dog to do your bidding, rather than forcing it is usually most effective.

Rottweiler – Rottweilers were originally bred to both herd and guard cattle and take their name from the town of Rottweil in Germany. Across Europe, they are still used as working dogs by the Police, armed forces and security companies as guard dogs. Rottweilers can make great family pets but they are a strong, powerful breed and so do need appropriate training and socialising.

Terrier types – The word ‘Terrier’ is derived from the Latin word ‘Terra’ meaning ‘earth’. Terriers were bred as working dogs. For example, the Jack Russell Terrier was required to run with a foxhunt and specifically cause the fox to bolt from the den or, to hold it at bay whilst the men dug down to it. The West Highland White Terrier and the Cairn Terrier would hunt otters, rabbits, rats and foxes in their native Scotland, whilst the Yorkshire Terrier was a hunter of smaller vermin.

Now you can start to get a better idea of which breed would best fit  in with your family. Next you should think about the size and time you will have to spend with a new dog.

What ere the deciding factors hen picking out the breed for your family?