This is such a cute little dog story about how a young girl did the research and convinced her parents to get her a puppy. Not just any puppy but one perfect for their New York lifestyles and apartment living. Neither one of the parents wanted a dog lifestyle due to the care and mess involved, so it is interesting to see their change of heart by the end of the story.

Has your kid ever come up to you and asked sweetly for a new puppy? How did you handle it and at what age would you consider getting your kids a dog? 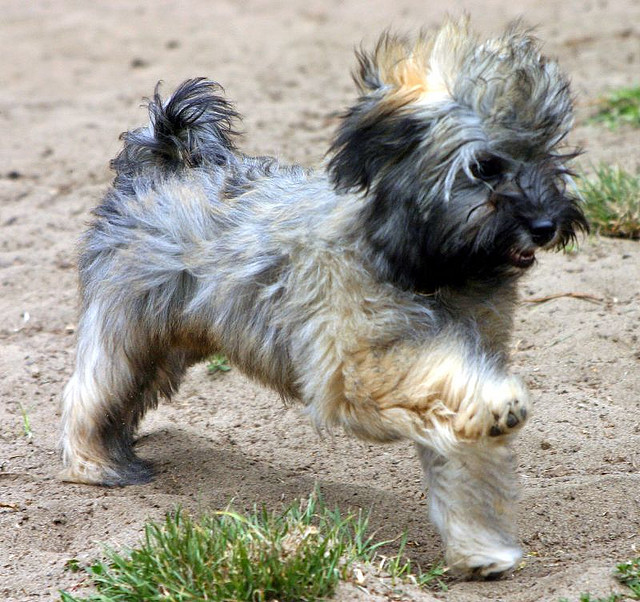 She is quite cunning for only 10 years old and seems very responsible after doing all that research too. Check it out:

We had tried to fob her off with fish, which died, and with a singing blue parakeet, which she named Skyler, but a Havanese puppy was what she wanted, and all she wanted. With the diligence of a renegade candidate pushing for a political post, she set about organizing a campaign: quietly mustering pro-dog friends as a pressure group; introducing persuasive literature (John Grogan’s “Marley & Me”); demonstrating reliability with bird care.

Shrewd enough to know that she would never get us out of the city to an approved breeder, she quietly decided that she could live with a Manhattan pet-store “puppy mill” dog if she could check its eyes for signs of illness and its temperament for symptoms of sweetness. Finally, she backed us into a nice pet store on Lexington Avenue and showed us a tiny bundle of caramel-colored fur with a comical black mask. “That’s my dog,” she said simply.

We took her home and put her in the back storage room to sleep. Tiny thing, we thought. Enormous eyes. My wife and I were terrified that it would be a repeat of the first year with a baby, up all night. But she was good. Her front legs were shorter than her rear ones, putting a distinctive hop in her stride. (“Breed trait,” Olivia said, knowingly.)

She learned the tricks Olivia taught her with startling ease: sitting and rolling over and lying down and standing and shaking hands (or paws) and jumping over stacks of unsold books. The terms of the tricks were apparent: she did them for treats. But, if it was a basic bargain, she employed it with an avidity that made it the most touching thing I have seen.