You might love your dog like a member of one of the family but do you know anything about their past?

Here is some interesting information on the evolution of dogs: 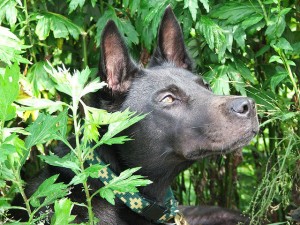 The dog evolved from the gray wolf into more than 400 distinct breeds. Human beings have played a major role in creating dogs that fulfill distinct societal needs. Through the most rudimentary form of genetic engineering, dogs were bred to accentuate instincts that were evident from their earliest encounters with humans. Although details about the evolution of dogs are uncertain, the first dogs were hunters with keen senses of sight and smell. Humans developed these instincts and created new breeds as need or desire arose.

Dogs are regarded differently in different parts of the world. Characteristics of loyalty, friendship, protectiveness, and affection have earned dogs an important position in Western society, and in the United States and Europe the care and feeding of dogs has become a multibillion-dollar business. Western civilization has given the relationship between human and dog great importance, but, in some of the developing nations and in many areas of Asia, dogs are not held in the same esteem. In some areas of the world, dogs are used as guards or beasts of burden or even for food, whereas in the United States and Europe dogs are protected and admired. In ancient Egypt during the days of the pharaohs, dogs were considered to be sacred.

Dogs have played an important role in the history of human civilization and were among the first domesticated animals. They were important in hunter-gatherer societies as hunting allies and bodyguards against predators. When livestock were domesticated about 7,000 to 9,000 years ago, dogs served as herders and guardians of sheep, goats, and cattle. Although many still serve in these capacities, dogs are increasingly used for social purposes and companionship. Today dogs are employed as guides for the blind and disabled or for police work. Dogs are even used in therapy in nursing homes and hospitals to encourage patients toward recovery. Humans have bred a wide range of different dogs adapted to serve a variety of functions. This has been enhanced by improvements in veterinary care and animal husbandry.

Did you know about any of these dog facts or any more details about your specific breed?