I am sharing this little guys Obie’s story. He wasn’t always so little, in fact he recently weighed 77 pounds on his tiny little Dachund frame. His owners only fault was loving him almost, to death! They overfed and under exercised him thinking they were simply spoiling him with their affection. But it led to the Vets labeling him as morbidly obese and said he needed to lose weight and keep it off if the pup wanted to live a decently healthy lifestyle. Sometimes animal weight gain is so subtle that many owners see it as part of the aging process until it is too late.

Have you ever owned an obese pet? Over what period of time did it take them to gain the weight? 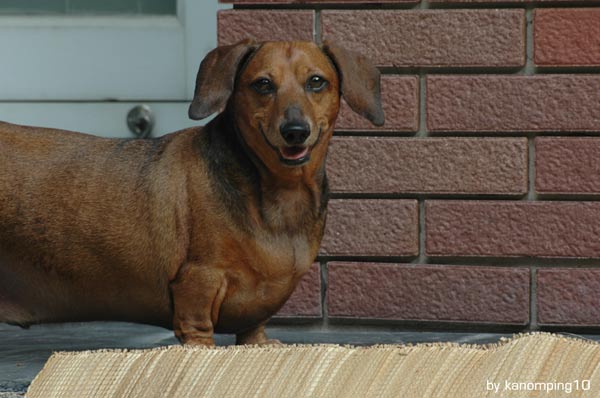 Check out Obie’s story and help spread the word about pet obesity:

Pet360.com first wrote about Obie in 2012, when the big guy was turned over to a rescue and was 55 pounds overweight. Vanatta stepped up and took on the extreme challenge of helping Obie lose 54 pounds and return to his optimal size.

It took Obie about a year to safely lose the weight and he’s had it off almost a year.

Obie only underwent one very necessarysurgical procedure to help him and that was to remove excess skin that was becoming infected. “This was a necessary surgery and was not done for cosmetic reasons,” Vanatta wrote on Obie’s Facebook page at the time.

Today, Obie is a shining example of how pets and people can take on a healthy regimen and stay at their goals. Obie, 7, is now able to run and play, take long walks on the beach with his two canine siblings and is enjoying a full, healthy life.

What’s next for Obie, who Vanatta labeled “The People’s Dog” when his popularity began to soar?

“I would like to continue helping others with their pet’s weight loss struggles,” says Vanatta. “I would also like to get Obie certified as a therapy dog. He would be perfect for it. I think Obie’s story would make a great children’s book, so hopefully, I can do that eventually.”