Canine Parvovirus is deadly and causes dehydration, cardiac syndrome and gastrointestinal damage in younger dogs and puppies. Amazingly enough, after trying to cure flocks of geese with the same condition, has now lead to a cure for the canine version. This is super exciting news as Parvo was deadly in 80% of all cases.

I just think this story is fascinating on how this cure came to be discovered and on how other animals genetic make up can actually be beneficial to whole different species.  Are you impressed with how the research and hard work put into finding a cure for one species in turn found a cure for another? 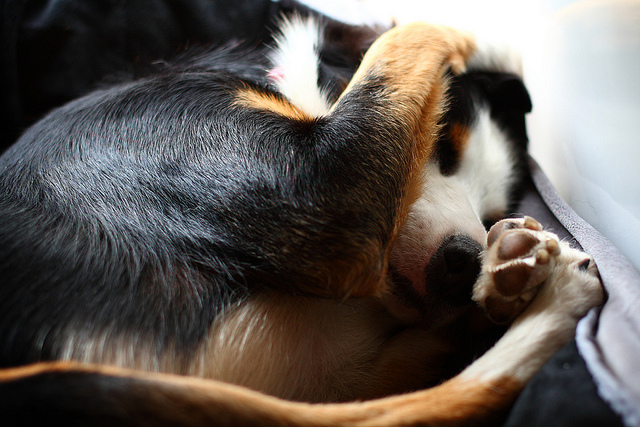 Check out all the details below:

A research group recruited by the company and led by David Bradley, the executive director of the Center of Research Excellence for Avian Therapeutics for Infectious Diseases at the University of North Dakota, discovered antibodies in the geese that could be purified and inserted into other birds, with positive results.

“We went to the Mayo Clinic and they looked at all our work,” Avianax chief operating officer Richard Glynn told the AP. “They called it a game-changing technology.”

Soon, it was found that that game-changing technology for the birds’ virus could be used to treat other diseases as well, including rabies, dengue fever, avian flu and some cancers.

The researchers ended up focusing on what the procedure could do to benefit animals because they didn’t have enough funding or time to pursue treatments for humans.

Treating parvovirus can currently cost a minimum $500 for antibiotics, intravenous fluids, painkillers and stomach medicine, which take about six days to work, according to Darin Meulebroeck, chief medical officer for Avianax.

But the latest trials have shown the new drug can work as quickly as two days.

The United States Department of Agriculture issued a conditional permit for the field trials that are taking place at sites in Missouri, North Dakota, Minnesota, Iowa, Texas, North Carolina and Arizona.

Early tests performed on about 50 puppies in seven states resulted in a 90 percent cure rate for parvovirus, which spreads through animal waste and direct contact between dogs.

It’s not clear how many dogs annually contract parvo — sometimes costing several thousands of dollars to medicate – because the disease isn’t required to be reported.

A lot of open-admission shelters choose to not treat parvo because it’s considered too much of a drain on resources.

Glynn hopes to start selling the parvoONE antibody-based treatment — which is harvested from the yokes of goose eggs — for $75 a dose by next spring.

The U.S. Department of Agriculture issued a conditional permit for the field trials that are taking place at sites in Missouri, North Dakota, Minnesota, Iowa, Texas, North Carolina and Arizona.

“We went from being goose herders from South Dakota to an antibody company,” Glynn said, “and we’re not done yet… I think there will be a lot of puppy owners who will be very happy.”